Superman—Business Success at the Speed of Systems 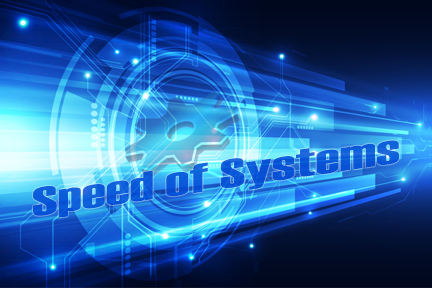 Business Success eludes many who seek to own a company, until they realize the need for quality control systems. Then, as Superman might say, “the sky’s the limit!”

When opening the doors of my business in June 1988, I had no clue as to what to expect, as far as growth. No special vision for where we might be in five or ten years. My first order of business was just to stay in business, and make a profit. The HOW TO would come later!

This is “Music City USA,” and I was fresh out of rock ‘n’ roll music, trying to get my feet back down to earth in the “real” world. I was also still sporting a head of long, blond hair and enough confidence to think I could just about leap tall buildings, bringing in customers for my new shop.

I had hardly finished setting up my first printing press (a well-used Hamada 600), when I headed out the door.  I looked more like Mick Jagger than the owner and head sales guy of a small business.  I went to a large, nearby company where the manager was kind enough to visit with this budding entrepreneur.  If he was suppressing laughter at my lion’s mane and glittery shirt, he didn’t give it away.

Handing him my brand new business card, I boldly asked for ALL of his company’s printing business. But, the man didn’t laugh, even then; he actually gave me a small printing job to start with.  I was encouraged—my new venture was bound for business success!

Back at the shop I knew we would have to deliver a quality product at a competitive rate and ON-TIME, to gain even a small foothold in the market. I must say, that went pretty smoothly for the first several years we were in business!. We were only three employees strong then!

Thinking I was some kind of Superman, I moved around the shop faster than a speeding bullet (well, almost). I was handling all the issues, being in several places at once—even with everyone tugging on my ‘cape’ and asking me umpteen questions.  I’d fly to the back of the shop to rescue our one pressman from his quality and technical press problems. And, with my assumed superpowers, I could hear the phones ring above the roar of the press and our small Balm folder, spitting out our latest product.

Spinning on a dime, I’d put on my best Clark Kent face, when the front door buzzer sounded, alerting me that a customer was entering our budding empire, to make copies or send a fax.

Remember being paid a dollar a page for sending a fax? Talk about ROI…!

Back then, I wore more capes than the original X-Men! I was bookkeeper, salesperson, backup pressman, pre-press operator, and bindery person.  I also wrote up job orders, handled customer service, and made all the banking runs, etc. All the while, I was also acting as backup coach for my son’s baseball team (really I was kind of a “team mom”). You get the picture!

At the beginning of my fifth year in business, I could sense something was not quite right.  Was I losing my “superpowers?”  Yes, REALITY was setting in!  I began dropping balls and losing customers’ orders.  My “X-ray” vision was missing printed errors that customers were beginning to catch.  And, apparently, after all those years of rock ‘n’ roll in front of megawatt amplifiers ON ‘10’, my hearing was going.

Not always hearing the front buzzer, customers needing service would finally come wandering around the back. There they got a full view of our messy shop, looking for ole “Superman”—the one with ink all over himself (and everything else).

My mental capacity to keep all systems functioning was slipping.  We had no written systems, of course—not for this superhero—I kept all that in my big head!

About that messy shop I just mentioned—well, “didn’t ALL printing companies look like that? And who’s business was it anyway?” I defended.

It seemed as if someone was slipping Kryptonite in my morning coffee. TRUTH IS, my “Kryptonite” was called GROWTH!  We were printing many jobs, and I could no longer keep up with it.  I had to admit, I was NOT the man of steel after all!

If we were going to continue growing, I knew something had to change!  I guessed it was ME, and the way I ran my business.

Only at the Speed of SYSTEMS!

I’m convinced now—real growth only happens when “flying” at the speed of SYSTEMS!

All the super companies on the planet—including Toyota, McDonalds, and Starbucks—operate using well-planned systems. Without those systems, there would be no real growth for them either.  No doubt, they would have long since lost their own power to compete with others!

When I learned and used the power of systems, REAL growth happened in our company also. No more flying by the seat of our pants!

I’ve taken off my cape and turned many of my duties over to Super Systems. Twenty-five years later, I’m more convinced than ever.

Should you happen to see me somewhere, wearing a big red ‘S’ on my shirt—you might guess what it stands for…

Did I mention—Great Systems Work!