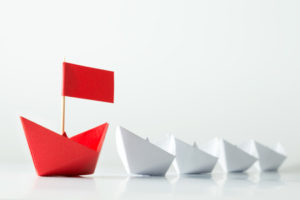 Follow-ship is the repetition of doing what other people recommend or instruct, rather than stepping up and taking a leadership position. Moreover, Leadership sets the course for great, the best, the utmost! In fact, Leadership  continues the quest for improvement in every aspect of their life. With that in mind, what position will be taken in your company, follow-ship, or leadership?

My birth mother died when I was eight years old. Right before she passed away, at only 33 years old, she put her hands on my face and told me I was going to be a leader one day. I don’t know why, but I never forgot that. More importantly, I continued to carry her words throughout my life.

Mother had come to that conclusion about me one Sunday during a church service were my dad was the pastor. My Sunday school class was supposed to stand up in front of the church and do a memorized recitation. Our teacher lined us all up in front of the entire church and, on a certain cue, we were supposed to take a couple of steps forward and begin reciting the lines, in unison.  However, as children’s plays often go, the cue came and we all froze.

Then came some giggles from the audience, which probably made it worse. Suddenly, without any more prompting, I boldly stepped out in front by myself and starting reciting the lines. My mother was convinced I would become a sure leader.  Leadership is an action, and my mother’s words turned out to be prophetic.

Are Leaders Born or Made?

Now, reading a story like that, you might conclude that leaders are born not made.  In some cases that may be true, but what I’ve witnessed in my three careers is… Leadership can be learned and developed. It’s a DECISION to step up in a LEAD position when needed. A former employee of mine was quick to say, “I’m not qualified to be in a Lead-Ship position. I was born on the wrong side of the tracks. Everyone in my family are Follow-Ships.”

Being a Follow-ship is what most people do automatically, without even considering that what they’re doing is just going along with the crowd. Why? Because it’s EASY, they can blame others when things don’t go the way they think they should. If you don’t make the decision, you can’t be blamed… right?

Some people prefer not to have to THINK, and give as little input as possible to help the leadership. Easier to take a paycheck for doing as little as possible, while they continue to play games on their Smart phones, and just play dumb. It happens… but not for very long!

What Follow-ships Respond to Leadership

These self-serving replies are very discouraging to others who are trying to step up and be a LEAD-SHIP.

Follow-Ships will always be around, and there are a great deal more of them, than there are those willing to be Leaders. A leader must learn to recognize congenital follow-ships, and place them in certain positions that require little to no leadership.

What does Follow-ship have to do with Systemic Success?

I have written extensively on systems for hiring, systems for orientation, and daily routine checklists systems that ensure that even Follow-Ships are doing their job the way the LEAD-SHIP instructs and sets the course.

With the right system in place these Follow-Ships can become more productive. Maybe with the right prodding, and not too little prayer, they will one day see the error in their thinking, and set a new course that could lead, to Leadership.