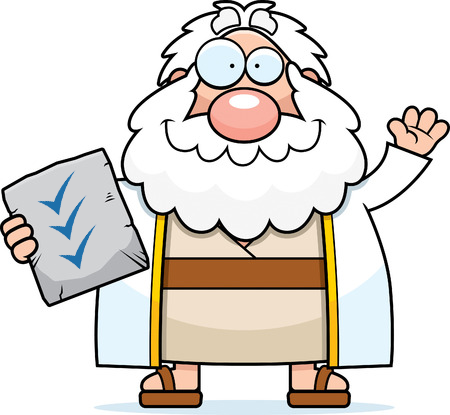 If I have learned anything about organizing and systemizing a company, it’s because I know where many of the “how-to” answers come from.

There’s a great story in the Old Testament about a man named Jethro, the Sheik of Midian. I tells how he taught a great prophet about organizing and delegating, in order to be a more effective leader.

Moses, the great prophet and leader of a nation that numbered in the millions, had responsibility for his people’s well-being, and was trying his best to fulfill that mission statement. However, not unlike many owners and managers of businesses, this leader had to learn through on-the-job training.

Maybe you can relate?

The story begins with the Sheik of Midian, who also happens to be the prophet’s father-in-law, paying a visit to Moses and his large company. We’ll call it People Inc. Moses was very excited to see his father-in-law take an interest in his work. Over dinner Moses details for Jethro all that’s happened to People Inc. over the past few years. He tells his father-in-law about the challenges and the opposition he and his company have overcome.

Jethro listens intently as the prophet tells him about the “Operation Manual” he has received, with all the rules, regulations and policies; showing how People Inc. should operate in its day-to-day activities. The Sheik is very impressed with his daughter’s husband, and decides to visit People Inc. to observe how Moses conducts his business on the job.

To say the least, the Sheik is a little shocked and surprised by what he observes on that visit. Jethro wonders, “How did Moses get this far without having a complete breakdown?” As a leader himself, and being an older gentleman, the Sheik had gained much experience running a large operation over the years. He had long since learned the art and skill of organizing and systemizing. He had been very successful growing his business, while still having the time to take this vacation to visit his son-in-law.

Like many in-laws, the Sheik just couldn’t help putting in his two cents about what he had observed. Moses, he said, “What is this thing you are doing with People Inc.? Why are you sitting alone, trying to do everything yourself from sun up to sun down?”

You Call That Systemizing?

Moses’ excuse was that the people needed him; after all, he was overseer of the Operations Manual, and had ALL the wise answers in his head. Consequently, when the people had difficulties, they had to come to him.

Does this sound like the excuse many small business owners/managers use to justify working 12 to 14 hours a day, although they never get everything done?

The old Sheik’s response to his son-in-law’s excuse made Moses stop and think. “The thing that you do is NOT good!” said Jethro. “Both you and all these people with you will surely wear yourselves out. This thing is too much for you; you will NOT be able to sustain this operation doing it this way.”

Wow, that’s a pretty gutsy thing to say to a great prophet and leader who has led People Inc., through years of overcoming obstacles. Why, they had even profited in many ways, albeit through blood, sweat and tears.

Moses realized that what his father-in-law said was TRUE. He was wearing himself and the people out, because he lacked organizational and managerial skills.

However, the thing that enabled Moses to be a GREAT leader was his willingness to learn, continually improve and to humble himself and listen to those with more experience and expertise in an area. He accepted good counsel, even from his father-in-law.

What’s a Prophet to Do?

So, what did Moses’ father-in-law tell him to do to improve and change the way he was doing things?

“Moses,” he said. “Listen NOW to my voice, my advice. Teach and train these people on the Operations Manual, so they can work without your constant supervision. ALSO, choose from the people responsible men (managers) with integrity, who won’t be jealous of one another or engage in office politics. Choose those who have the ability to oversee thousands (i.e. a large division), then hundreds (i.e. a large department), and those who can manage smaller groups, etc.” Systemizing required the art of delegation!

“Moses,” Jethro advised his over-burdened son-in-law, “you are the BIG picture guy; the one who has the vision for People, Inc.—the vision God gave you! Delegate certain responsibilities to your managers, who should bring only the MOST PRESSING matters to you.

“In order to complete your mission, you can’t get bogged down in all the day-to-day operations,” said the wise old Sheik. “Leave that to others! If you do these things, then you will be able to endure and complete your mission. By the same token, your people will also go about their business in peace.”

Even the great Prophet Moses PROFITED by good counsel on how to bring order to his business. The “Operations Manual” tells us he took his father-in-law’s advice, AND that he lived to be 120 years old.

Did I mention? Great systems work?